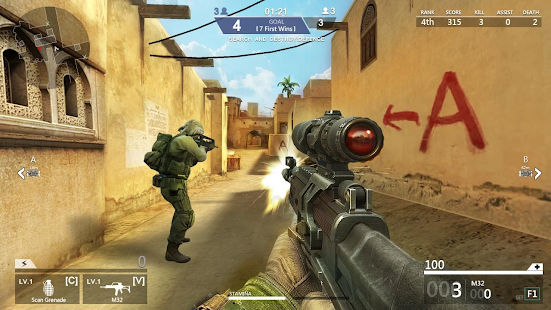 Critical Strike : Multiplayer 3D Team shooting is a first person shooter. You are a super anti-terrorist, your mission is to combat all terrorist forces!

In the game you are a combat capable, experienced anti-terrorist. The terrorist attacked the city during the crisis and the country sent your team to eliminate the terrorists. Focus your attention and do not end your life. In order to complete the mission and not be killed by them, you must go all out to have a chance. The enemy is attacking you, you have to show your skills and destroy them by shooting. In the game, you should defend and assure your safety while attacking. And find the enemy through radar. Shoot in a hidden place and safely destroy the enemy.

What are you waiting for? Quickly pick up the weapons to fight it. Last reminder carefully and treat terrorists do not have compassion, good luck!
GUNS : AK47, MP5, P90, M4A1, AWP, M249, AUG, DEAGLE