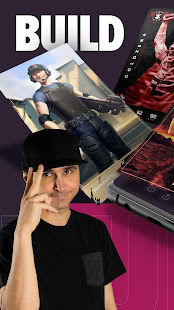 Collect unique digital cards for your favorite stars, build your dream team and battle other players in realistic game simulations. Rank up the leaderboards to earn cool rewards including rare signed items and merchandise. Come collect, trade and play with a community of fans from across the world!