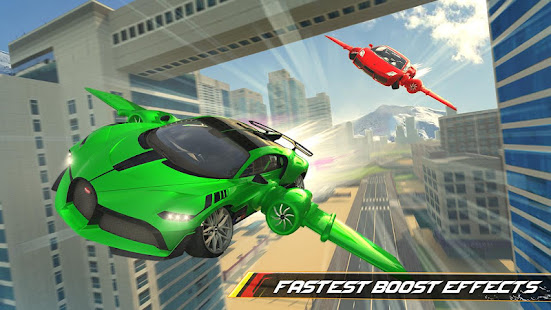 This flying car driving game will give you the amazing excitement of flying in the large city. Explore the city while driving through high sky buildings. Speed up your car with a boost effect to complete your missions within the time. It’s time to test your driving skills, so drive the most realistic cars from the garage and win the title of best car driver on the play store. Customize and update your car to improve extreme car driving physics. Play flying car games with your friends and family and give your valuable feedback.